As early as July 26, Samsung President Lu Taiwen posted that Samsung will not launch a new Note series this time, but will put the features of the Note in other Galaxy devices.

You must know the position of the Note series in Samsung's mobile phone product line, just like Messi did to Barcelona, achieving each other.

However, as the folding screen technology matures, the iconic large screen feature of the Note series has gradually lost its charm. Samsung believes that it is time to replace the Note with Fold. 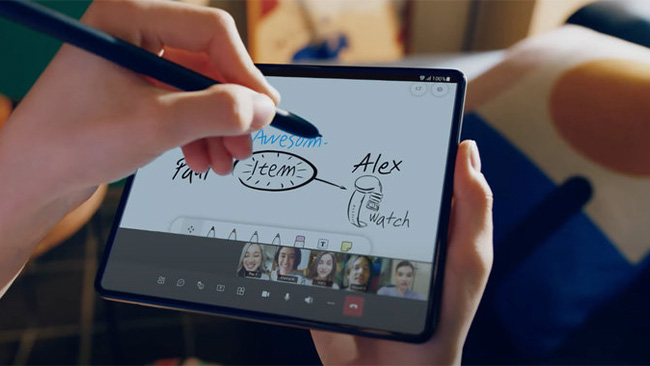 From the appearance point of view, Fold 3 has not changed much compared to the previous generation. The external screen is a 6.2-inch AMOLED screen with a resolution of 2268×832 and a maximum refresh rate of 120Hz.

The back cover of Fold 3 does not have a fancy rear camera module. Instead, it is replaced by an in-line three-camera system. The size of the module has been converged and it is visually thinner.

The Specifications Of The Three Lenses Are 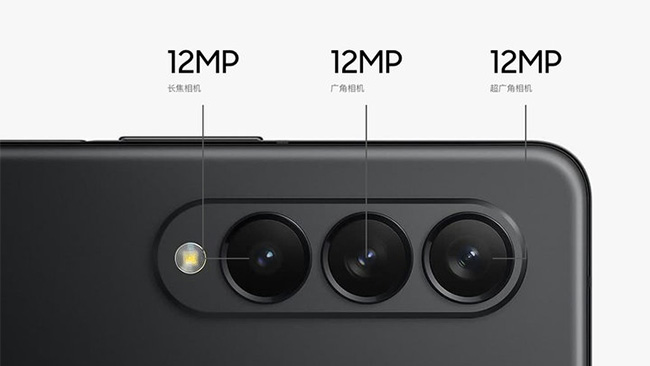 The classic "wide-angle + telephoto + ultra-wide" three-camera combination, purely from a digital point of view, does not seem to have any improvement compared to the previous generation, but the main camera now supports up to 8K 24fps video shooting, which is also a highlight.

In fact, it can also be seen from this that the Fold 3's computing power has been enhanced. It uses Qualcomm's Snapdragon 888 chip, which equalizes the gap with this year's flagship competing product.

The inner screen of the original Fold was criticized for missing a piece; Samsung learned from it, so the Fold 2's inner screen used a hollow screen, but the hole was not centered or fitted to the edge. It was always a bit awkward to use the screen. Especially when watching videos.

Samsung further changed the design direction and used the technology of the off-screen lens on Fold 3.

The hidden front lens is hidden in the position of the previous generation's digging hole. It can be successfully invisible under a dark background, but under a light background, you will occasionally see a circular black shadow. I hope that netizens will target this screen. Create a new wallpaper.

The quality of the front lens under this screen is also relatively average, with only 4 million pixels and an aperture of F/1.8. The imaging effect is not expected to be very good. As a remedy, Fold 3 retains a 10 million pixels of the same model of the previous generation on the external screen. F2/2 aperture cut-out lens.

The internal screen is 7.6 inches in size, with a resolution of 2208×1768 (approximately 372 PPI). The display quality is basically the same as that of the external screen. It supports up to 120Hz high refresh and HDR10+.

Samsung Designed A Retractable Nib On The S-Pen

The S-Pen, which obviously protects the screen by limiting the writing pressure. Like the previous Note series, S-Pen supports functions such as note taking, drawing, and annotating PDF documents.

This time Samsung has prepared two stylus pens, namely S-Pen and S-Pen Pro, both of which require additional purchase.

Surprisingly, this generation of Fold also has IPX8 waterproof certification, making it the world's first waterproof folding screen mobile phone. And the weight is 271g compared to the previous generation (282g).

The Price Is Much Lower Than The Previous Generation

The starting price is US$1799, while the 512GB version is priced at US$1899. It will be launched on August 27 in the United States and other regions. As for the time and price of the Bank of China’s release, it is temporarily unknown.

The Fold series came to the third generation and experienced the process of "good-looking-usable-easy to use". Although the Fold 3 released this time has not improved much, it has established itself as the best folding screen product in the industry. It also symbolizes that the folding screen technology is becoming mature and gradually becoming popular.